Dating someone is all about getting to know a person and determining if he’s the one you want to spend your life with. At the end of the day, it’s all about fact finding to learn about whether you’re both on the same page. However, most couples spend so much time with each other that they end up forgetting to actually ask the questions that really matter, assuming it had already come up at some point. Days turn into months, and the relationship takes a comfortable turn. Before long, a year has already passed and the only questions you now find yourself asking are ones like ‘have you eaten?’ or ‘could you help me pick the dry cleaning up?’.

Then one day, you make an unpleasant discovery and realize that he’s allergic to dogs and never wants to adopt one although it had always been part of your plans. Or what about realizing that both parties have opposing life goals at the end of the day, where perhaps your plan of raising kids in the suburbs comes in conflict with his plan of wanting his kids to grow up in city, or not wanting kids at all?

Asking questions are important, but asking the right questions are even more crucial when deciding to get serious with your partner because a difference in certain views could easily become a deal breaker for the relationship. Here are 9 questions you NEED to ask any guy you’re dating before you consider taking the next step and getting serious:

1. What Expectations Do You Have of Yourself?

2. What Are Some Key Attraction Points You Look For in a Woman?

Is he attracted to an independent and ambitious career woman, does he look for someone who simply shares his beliefs or is he drawn to physical attractiveness more? Finding out the type of key attraction points he looks for in his partner would help you understand why he chose to date you in the first place. It also gives you a little more insight about your own strengths and the type of person other people perceive you as. Keep in mind though, that there might be a red flag here if you don’t seem to fit into any category of his attraction points, and there’s a chance he isn’t too serious about you.

3. What’s Your Biggest Regret in Life?

Understanding the pains and regrets your man has would help with understanding the person you’re with, and what shaped him to become who he is today. Understanding his biggest regret in life, would allow you to figure out the single biggest turning point and perhaps even give you the knowledge to support him through in making sure he never makes the same mistakes as before. 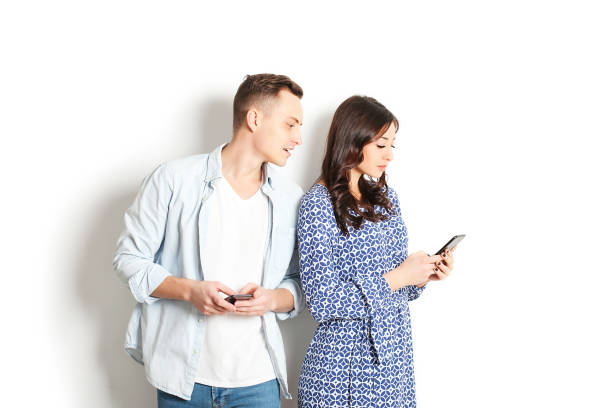 4. What Makes You Jealous or Insecure?

A question you’d want to ask early on into the relationship or you’ll be risking many future arguments to come. We all have insecurities in life and finding out what makes your partner tick can go a long way in strengthening the communication level and overall relationship you have with your partner. If there are certain issues which would upset him, perhaps try to understand it and avoid deliberately doing it in the future or work on reaching a middle ground to help him get over it instead of getting defensive and having an argument with him. Of course, it has to be within reason, and not one where he’s getting upset over you texting your male cousin.

5. You Could Move to Anywhere in the World, Which Country Would You Choose & Why?

Does he visualize himself basking in the sun soaked beaches of Maldives, walking through the bustling streets of Tokyo, or waking up to the priceless views overlooking the Swiss Alps? Hearing your partner’s answer may even bring you closer to him as you find out more about his preferences, personality and where he envisions the perfect place to call home. Who knows, you might even begin to develop new common goals of one day being able to retire together in Italy. 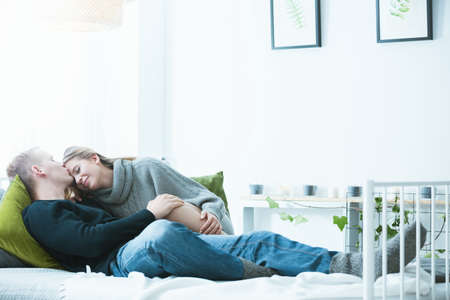 As common as it is, asking about your partner’s perfect way of spending a Friday night isn’t the best way to get to know him better. It simply becomes a regurgitation of him telling you (and any girl he has ever been with) about the most perfect date night idea he can think of, and doesn’t benefit YOUR current relationship with him. If you want to take the next step forward with him, you definitely want to ask something more personal. The perfect Sunday afternoon allows you to gain some insight on how serious he is taking the relationship based simply on whether his answer includes couple activities or not.

If he envisions a serious relationship with you, his ideal Sunday would involve you, or at least some form of activity that could easily involve you, such as lazing on the couch putting on an old movie, making some popcorn, and cuddling with his partner. The answer you definitely don’t want to hear is him meeting up with his mates to play football or just sleeping the day away, because these activities may subconsciously indicate that he doesn’t want to spend time with his partner and would much rather spend it alone or with his friends instead.

Dog lover, cat lover, or non-animal lover? Getting a pet together is usually the one of the first serious steps a couple would take together short of getting married and having kids. It’s important for both parties to be on the same page here, because if adopting a dog was something you’ve always wanted to do with your partner, well, the only thing standing in the way of that is whether your date loves dogs as much as you.

8. How Many Kids Would You Want to Have?

Kids are an innate goal that ties every couple together down the road, and similarly to pets, it’s important to share the same frequency with each other or the relationship may end up taking an uncomfortable turn when you realize that he wants 4 kids when your lifelong goal was always to stop at 2. There’s also the chance that as much as he loves kids, he never wants any. Communicate this across at the early stages of the relationship to at least figure out if you’re on the same page, and if he’s open to a change of plans later on (should you be on different frequencies).

9. If You Inherit a Million Dollars Tomorrow, What Would You Do With The Money?

I’m sure we’ve all been asked this question at some point in our lives. The only difference now is that instead of asking your best friend for fun to test their creativity, you’d actually be testing your partner’s frame of mind and whether he is someone with a goal, or if he simply lives in the moment. You’re looking for the boring answer here, where his plan would be to take a portion of it and re-invest it into both your futures as a couple, while spending some of it on treating his family, himself and you.

The last answer you’d want to hear is purchasing a sports car, going on a Louis Vuitton shopping spree, quitting his job and traveling the world. This question has a lot more depth than people realize, because not only does it give you insight into a person’s creativity, it also tests a person on the type of mindset he has, whether he plans ahead or lives in the moment, and whether he thinks only for himself first or whether he has you in mind, even when the circumstances become unrealistic.

Now before you go breaking up with your date because he didn’t answer any of your questions satisfactorily, these 9 questions are simply there to guide you to thinking through if taking a serious step with your date (at this moment) is such a good idea. While it gives you an indication of the type of person he is, especially if you haven’t spent time figuring out, you still know your partner best. Most people only follow their hearts when it comes to relationships, but these questions would at least allow your brain to also join in on the discussion, and you’ll be able to make a slightly more logical decision regarding the relationship. 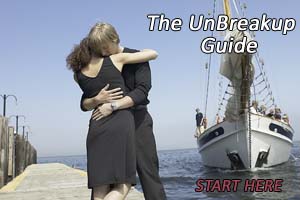 Previous: Why Is My Ex Contacting Me When He Has a Girlfriend?